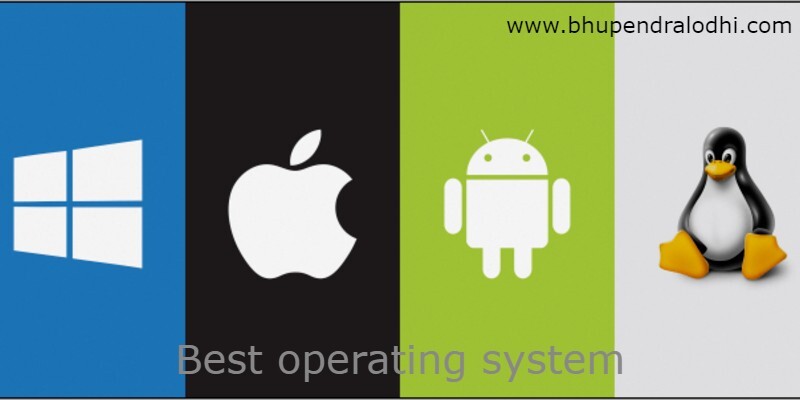 Have you ever wondered how do those complex applications on your cell phones and laptops consoles work? Or how do these computers work and perform such crucial tasks all at once?

Well, a simple answer to these questions is an OPERATING SYSTEM.

With the advent of technology and modernization, the functions performed by our computers have also paced at a rapid rate. It not only performs the task of simple calculation but can also give answers to all those tough maths problems.

What is an operating system?

An operating system also known as OS performs the basic activity of controlling peripherals and scheduling the tasks assigned to the computer. It also manages computers hardware and software resources at the same time performs all the common functions of a computer.

Functions of an operating system

SECURITY– prevents any unauthorized access to the programs and protects the data of the users by using password-protected techniques.

COORDINATION– an ideal operating system coordinates and assigns compilers, assemblers, and other software to various users.

ACCOUNTING– an operating system will keep a record of the resources used by various users for their respective tasks which can later be used to track resource usage for any particular user.

PERFORMANCE– it constantly improves performance by monitoring the system health and recording the time between service request and response.

MEMORY MANAGEMENT– the main memory of the computer is managed by the operating system as it keeps track of the main memory i.e. which byte of the memory is used by which user and for what purpose. Thus it keeps the record of the memory bytes that have already been utilized and also the untouched memory bytes still waiting for use. It allocates the memory on user requests and deallocates it when the process terminates.

OVERALL MANAGEMENT OF THE DEVICE– the operating system also manages the device communication via their users. It keeps the track of all the other devices connected to your system and also decides which process can get accessed by which device and for how long.

ERROR DETECTION AND HANDLING – the operating system detects and types of errors and bugs in the device, or any mistake that occurs during the task. A well-built operating system will also act as a countermeasure and will prevent any sort of breach to your computer systems from and another device.

ALSO READ: How to buy Dogecoin in India

A well-known operating system running from windows 95 to windows 10, MS Windows is one of the finest operating systems running in our android laptops and computers. It till date dominates the world’s personal computers and also has a share of 90% in the market. As of now the latest version available on computers is windows server 2022, while the latest version of windows on tablets, and PCs is Windows 10. A specialized version is also designed for Xbox one and other Xbox series.

Also known as the backbone of all apple applications; this application has stood on the definition of up-gradation and innovation in the most righteous way. The first desktop version of Mac OS was released in March 2001. A prominent thing about mac operating system is its original brand identity. Apple has continued to change the appearance and design of the Mac operating systems which is a huge eye-attracting thing for the users.

The heavy cost of purchasing Apple devices in order to access the mac OS is a latent burden for common people.

A commonly used OS in organizations and schools, this Linux-based software is open-source software and thus is free to download and use. It is the most popular operating system for cloud computing and is released every six months, the long-term support release after every two years.

Another Linux-based operating system is chrome. Designed by Google; it is one of the most popular operating systems that run web applications on your desktops. The first Chrome OS laptop known as chrome book came in May 2011. Chrome OS is pre-installed on hardware from Google and also acts as an open-sourced platform.

A powerful and flexible Linux-based operating system that contains the best datacenter technologies is the fedora. It is a trusted open source and provides a strong foundation to provide money for Ubuntu’s open-source features. Since the release of the fedora 30, five other different versions are also available which include a workstation, core OS, silver blue, and loT. These all are designed mainly for personal computers and cloud computing use. Silver blue also focus on immutable desktop services.

It is a free and UNIX-based open-sourced platform. The first version of this was released in the year 1993. Being somewhat similar to Linux-based operating systems it comes with the basic two major differences in scope and licensing.

Its codebase has become an integral part of few others operating systems such as Darwin, software used for PlayStation, and gaming consoles.

ALSO READ: Ubuntu vs Windows Differences and Comparisons | Which is Better?

Best operating system side by side comparison

Like the two faces of a coin. Every operating system comes with its own pros and cons. While some of them have upgraded themselves while others are still working on their shortcomings. Hence, the decision of what serves best for the users majorly lies on the need of the user and the purpose of their use. For example, windows stand best for one’s personal use like gaming and browsing. For businesses, one can opt for any Linux or UNIX-based software and if you are an Apple user then you have to stick to the Mac OS.  Thus, what may work for one might not work for other.

What are the advantages of a multi-processing system?

The advantages of a multi-processor system are as follows
Increased output
Increased reliability
Cost-effective.

What are the memory requirements for the Windows operating system?

The latest version of Windows requires a RAM of 4 GB.

What interface does Ubuntu use?