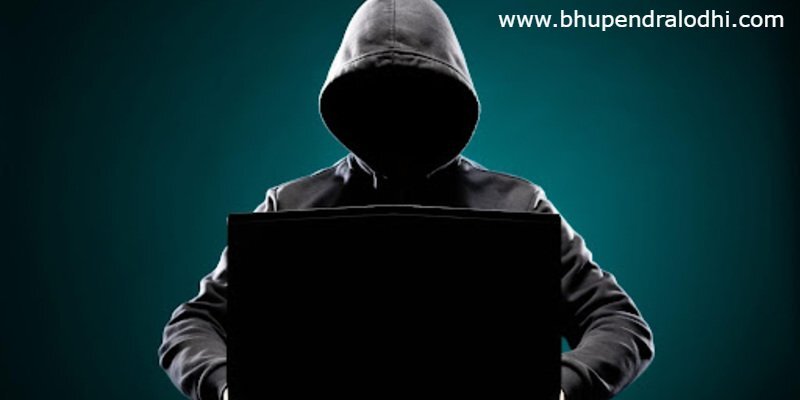 Everyone knows that connecting to a public Wi-Fi network is a bad idea, but why exactly is it a bad idea? Well, that’s because on public networks people can use Wi-Fi sniffers to figure out exactly what you’re looking at and read your private information without your consent.

How does Wi-Fi work?

Wi-Fi which stands for wireless fidelity allows your device (mobile phones, laptops, and other gadgets) to connect to the internet through wireless signals (also knows as electromagnetic waves).

These wireless signals carry information in the form of ones and zeroes. The router (the thing with antennas on its back) can send and receive electromagnetic signals and so can your other device (mobile phone, laptop, and other gadgets) hence allowing your phone and the router to communicate with each other without having to be in contact with each other.

One of the downsides of this method of communication is that anyone with the right equipment can overhear your conversation. This problem is solved by encrypting your signals so that it becomes very difficult for people to intercept your messages.

ALSO, READ: Best Furniture Design Software | How to Design Your Own Furniture

Why are Wi-Fi sniffers a threat?

As mentioned above most modern routers encrypt your messages but open Wi-Fi networks often don’t have any encryption. This allows hackers to intercept your messages and read them without much difficulty.

But should you trust coffee shop Wi-Fi networks? No, even though these networks are password-protected, the passwords are shared with virtually anyone ready to buy a cup of coffee making the network insecure.

Wi-Fi sniffers can intercept all the signals no matter what kind of a network it is.

How does encryption work?

Most modern encryption revolves around using a very big prime number to secure your message.

The encryption methods used by companies are usually kept a secret but here’s an example of how it could work :

Assume that p is a very big prime number with about 10 digits.

On the other hand, let’s take your data to be a sequence of 1s and 0s which when arranged from left to right forms a number d.

Anyone else trying to intercept the message would not be able to read its original content since they do not know the prime number p.

Once the hacker has the prime number p the hacker can now read all the data that is being sent using this network.

This is just a simplified version of something that can happen in real life but it does a good job at demonstrating the techniques that people can use to intercept your messages.

Can Wi-Fi sniffers intercept messages on a private network?

Yes, Wi-Fi sniffers can intercept your messages on a private network in case they have already connected to the network, as we talked about above. This brings us back to the question, “are private Wi-Fi networks in coffee houses safe from Wi-Fi sniffers?”, the answer is no, once the hacker has access to your network the hacker can easily start reading your messages.

What can you do to protect against Wi-Fi sniffers?

Thankfully protecting yourself against unsuspecting hackers using Wi-Fi sniffers is very easy. Firstly Wi-Fi sniffers are big and easy to spot, they usually have a few antennas coming out of them. In case you see anyone around you using such devices you should try avoiding using the Wi-Fi network.

Here are a few options you can trust.

SoftEther which stands for Software Ethernet is a project developed by the University of Tsukuba in Japan.

This VPN might be a bit difficult to use for beginners but the VPN itself is free and boasts amazing security. This is good enough a reason for me to recommend this.

Being an open-source VPN you can be assured that there’s no funny business going on behind the curtain and that your data is safely encrypted to match security standards. This VPN promises to be free and from what I see is capable of protecting your data from WiFi sniffers.

This is the VPN that I’ve been using. Since the project runs on donations there is no data limit and you can get decent Internet speeds out of this VPN.

They have also made a mobile app for android and iOS which makes it very easy to use across all your devices.

Since the project is an open-source project you can expect great levels of transparency and security.

The VPN is amazing especially since it is free and does not load up your phone with ads but one of the downsides of using this VPN is that there could be bugs within the VPN that could leak your information. No such bugs have been found so far though, which is why I would still recommend this to other people.

In terms of security, SrtongSwan offers one of the best security that we have talked about so far. You can be sure that no hacker is going to be able to read your data with their encryption even if they use a Wi-Fi sniffer.

Apart from running on Windows, Mac, and Linux, StrongSwan also has an android and iOS app. This makes accessing this VPN very easy.

Unlike the VPN apps we’ve been seeing so far, TunnelBear is a commercial VPN. The free tier gives you 500MB per month which is very little if you ask me but as long as you need to fend off hackers with Wi-Fi sniffers while at your local coffee shop, this VPN has got your back.

One advantage that commercial VPS apps can boast over the ope-source apps is that these apps have been tested over and over again and have been made watertight.

These apps could be a tad bit safer since these apps have been tested over and over again for security flaws but again, there could be some exploit in this app that hasn’t surfaced yet which could be used by hackers but since the app has undergone rigorous testing, it is unlikely that these apps would have known exploits.

Hotspot Shield is yet another VPN that I have used for some time, the VPN functions just fine for most of it, the only problem is that the free version is very restricting. You can’t select which server you want to take on top of that a data limit of 500MB per day is imposed on you.

This app sure does sound better than TunnelBear since it allows you to use 500MBs of data per day but I could barely get the VPN to connect after a week of using it. This is why this does not make the first pick.

I hope that the bug which prevented me from being able to connect to servers has now been resolved. This is why I rarely recommend this VPN to other people.

Adding more commercial VPN apps to our list, Proton VPN has a very generous free tier and the subscription plans are cheap as well.

There are no limitations on daily data usage nor is there a limit on maximum internet speed. They claim to follow swiss privacy laws and promise to never log any of your activities.

The downside is that you can only choose one of the 3 countries available (on the free version) and you can only register one device per email ID.

Overall I’d say that this is a good option for those looking to just have a more secure connection.

How to use a Wi-Fi sniffer?

Before I introduce you to the world of hacking, you need to understand that reading other people’s private information without their consent is wrong, all the information provided here is meant for ethical hacking.

So what exactly is a Wi-Fi sniffer and why do we need a Wi-Fi sniffer to be able to read the messages sent over Wi-Fi? Well, that’s because even though most devices can intercept other peoples packets (packets are the pieces of data that are transmitted together) they do not allow the end user to read this information, and most Wi-Fi dongles and Wi-Fi chipsets do not allow you to select which packets you can read.

To make sure that you can edit this setting you need to buy a Wi-Fi sniffer, these devices are highly customizable Wi-Fi dongles that can intercept packets of data over Wi-Fi.

But you might ask, what good is it to have hardware that can read ones and zeros since after all humans are not proficient in binary. To help us read these packets we use computer software. These programs are not bundled with the Wi-Fi sniffer.

ALSO READ: How to buy Dogecoin in India

Wireshark is one of the most popular sniffer apps, used by both noobs and pros alike. This is a highly powerful network analysis tool. This program runs on both Windows and Mac and the source code is available for downloading as well.

Another very popular packet inspection app is TCPDump, this app can tell you more about each packet as compared to Wireshark which is more oriented towards inspecting the network as a whole.

This program might be a bit daunting to new users as this is a command-line program which means that it does not have a graphic interface like most other apps and programs. Most of the seasoned ethical hackers use this program to inspect packets.

I would recommend using StrongSwan and Riseup VPN in case you’re looking for free options but if you intend on upgrading to a paid plan, I’d suggest getting Hotspot Shield, since it offers the widest range of servers and has some of the best speeds as well.

Is it legal to own a Wi-Fi sniffer?

Yes, it’s legal to own a Wi-Fi sniffer but it’s illegal to hack other people’s networks.

Under what names are Wi-Fi sniffers sold?

They’re usually sold as Wi-Fi adapters you will have to dig deeper into the details to check whether it’s a Wi-Fi sniffer or not.

What are the real-world applications of Wi-Fi sniffing?

They can be used to check network health, network security, and other such things.

No, you will have to download 3rd party apps on your own.

Can my private home Wi-Fi be hacked using a Wi-Fi sniffer?

Depends on multiple factors, but given that most Wi-Fi home networks are password protected and that nobody other than the family members know the password, chances are your home network is safe.